Choking Tragedy at School — In Home CPR quoted for story 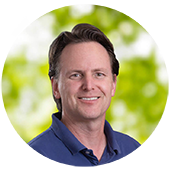 Choking Tragedy at School — In Home CPR quoted for story

When Angela Jewth sent her 9-year-old son off to his Bronx school last week, she never imagined he wouldn’t come home.

Now she’s living a nightmare — her only child died after choking during his lunch period, and she believes the school failed to call 911 quickly.

“If something had been done differently, my son would’ve been alive today,” Jewth, 41, told the Daily News.

“I don’t have words to describe how I feel right now. Nobody can even understand what I am going through.”

Jewth’s son, Jonathan, a fourth-grader at Public School 47, was laughing with his friends and eating a meatball at the end of his lunch period on Dec. 5 when it got caught in his throat.

EMS responders arrived within four minutes after the call.

Jewth’s 45-year-old cousin Indira Ramrup — who provided the family’s account of the accident — said there were few adults in the lunchroom at the time. She also said that a school security guard had already left the cafeteria to take his own lunch break.

The official Department of Education records note that a parent and then an assistant principal tried to perform the Heimlich maneuver before the child went unconscious. They continued their efforts to revive the child until EMS arrived, the school records show.

Jonathan was unconscious and taken by ambulance to Jacobi Hospital. He spent a week in a coma before being pronounced brain-dead.

His parents made the heart-wrenching decision Monday to take him off the life support, relatives said.

Experts said the amount of time you have to save a choking victim can vary. After a victim passes out and heart stops, they may die within 10 minutes — and the time is possibly shorter for a child.

“In every CPR class, you’re taught, even before you do anything, you call 911,” said Chris Schlesinger, whose firm In Home CPR conducts trainings for the American Heart Association. “There should not have been a 14-minute delay.”

Jonathan’s grieving mother said she received “conflicting” reports from the school staff about the events leading up to the senseless loss of her son.

Relatives and friends at Jonathan’s wake on Friday said he was a smart and healthy child who wanted to be a doctor. In a journal entry from September, the young boy described his future.

“When I grow up, I want to be a doctor, because I can help people be healthy,” he wrote.

Jonathan’s kindergarten teacher from PS 47, Ronnie Spears, described him as the kid who always helped out the teachers.

“He was an excellent student, a hard worker who never gave up,” he said.

School administrators declined to comment about the incident. City Department of Education officials said that school health staff must have CPR training but are not required to be in the cafeteria.

At school on Friday morning, parents and students were mourning the loss of a well-loved classmate.

“My daughter was close with him. If anyone did anything to her, he would look out for her,” said a parent of a fourth-grade girl. “It could have been anyone’s kid.”

WE BRING THE CLASS TO YOU

Chris Schlesinger and his instructors travel throughout the San Francisco Bay Area and Sacramento to teach CPR, BLS, First Aid and ACLS classes at businesses and homes.

SEE US ON YELP AND GOOGLE